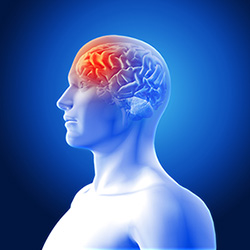 The number of important medical discoveries at Harvard Medical School since the 1970s has more than quadrupled when compared to the previous 150 years. The pace of medical technology advancement clips along quite rapidly. Here are nine recent or pending discoveries and what they mean for the future of medicine.

It’s no secret that the medical community faces a shortage of physicians, sometimes due to the intense, difficult nature of medical school. 3D4Medical hopes to make the medical school experience more practical and possible with 3D recordings of moving muscles, tissue and organs to help students see in a less-theoretical model of how different systems of the body actually work through a suite of apps. EchoPixel is another 3D platform that takes a patient’s anatomy from various already-existing scanning methods (i.e., MRI, X-ray), renders it in an augmented reality format viewable with special glasses, and makes it accessible for medical professionals.

This level of interactivity makes it more possible to interpret a patient’s symptoms and plan for surgery with more accuracy. The digital nature of planning for surgery with 3D imaging also makes it possible for doctors around the world to share expertise and collaborate when they need additional opinions.

Prescription drugs are often distributed by pharmacists and doctors using standard, boilerplate doses that help make the process quick and efficient. However, many times these prescriptions are not precisely personalized for each patient, and a tiny adjustment in dosage size can make all the difference. With that in mind, 3D-printing prescription drugs is a new development that could revolutionize how drugs are made.

By using precisely measured droplets, cellulose, powder bases and potato starch films—instead of ink—in multilayered matrices, multiple prescription drugs that work well together could be combined into one pill. This combination will make it easier for the elderly to keep track of their prescription medications, thereby decreasing the risk of medication abuse or neglect.

In May 2017, a speeding car plowed into a crowd at Times Square and injured more than 22 people, killing one. The ER-Reboa catheter saved lives that day, as it stanched the blood flow of one injured victim who was hemorrhaging internally. This balloon device was originally designed for use by vascular surgeons and is only used one time and thrown away, costing about $2,000, which is comparatively cheap to most vascular devices used in surgery. One medical journal even cited using the ER-Reboa in a cesarean hysterectomy, where the mother refused blood transfusions for religious reasons.

The field of neuroscience and neurotechnology has dedicated millions of dollars and hours of labor into finding ways to connect brain signals with information input on a computer. One recent case was that of Hanneke De Bruijne, a Dutch doctor who was diagnosed with ALS, or Lou Gehrig’s disease. Her loss of speech and muscular control left her unable to communicate, except for a device invented by a group of researchers that combines eye-tracking technology with an interface that detects her brain’s electrical signals, so she can type out words one letter at a time.

Another device being developed is an implant that rides on top of the brain-blood barrier and can sense neural activity, interpreting the activity as information that could be sent to other devices. One anticipated use for such a device includes instant, nonverbal communication between armed forces members. Sound like something from the future? Well, it’s not too far away.

Blood tests for cancer have been in early stages of development, but researchers at the Johns Hopkins Kimmel Cancer Center report they’ve been able to successfully spot cancer-specific DNA in blood and to identify colorectal, breast, lung and ovarian cancer. The blood-test approach involves finding DNA that is shed from tumors, but often it is hard to distinguish that kind of DNA from other altered DNA, which sometimes results in a false positive. The researchers at Johns Hopkins found a way to distinguish between those real cancer indicators and the mistaken biomarkers.

In 2015, the United Kingdom’s National Health Service discovered a new use for stem cells—synthetic red blood cells. These new cells could be used to treat rare blood diseases and more common ones like sickle cell anemia, but the main obstacle facing this new form of treatment was how to produce synthetic blood at a mass scale.

Most stem cells burn out eventually and produce only about 50,000 red blood cells, which is relatively few.  Earlier in 2017, a research team in Bristol discovered a way to essentially “freeze” stem cells at an early stage where they grow red blood cells for much, much longer. This discovery doesn’t exactly mean every hospital will soon have a vending machine of synthetic blood; it’s still a very costly procedure, which means that the procedure is only being recommended for those with very rare blood types.

Teen suicides in the United States have hit a 40-year high, doubling among teen girls just from 2007 to 2015 and rising by about 30 percent among teen boys, according to the Centers for Disease Control and Prevention. One psychiatrist from the University of Cincinnati has developed an app, SAM, that helps predict suicidal behavior. It analyzes the social media posts of patients (i.e., Instagram, Twitter, Facebook) and trawls that data for indicators of suicidal ideation and depression. In order to make SAM more accurate, one data scientist from Vanderbilt University created algorithms that learned, from the data of several thousand patients, how to spot the likelihood of a patient attempting suicide—with 90 percent accuracy.

One behavior that depressed patients’ social media posts often carried was the frequent use of negative words (e.g., no, not, don’t, never) and the diminishing use of positive language (e.g., photo, love, fun). Even though SAM and other similar technologies are developing and being updated, it’s clear that technology’s function in mental health is just beginning.

A stroke causes a patient to lose millions of neurons within minutes, which is why it’s critical to treat a stroke patient as soon as possible after the event begins. Often, loved ones don’t know a stroke has occurred until it’s almost too late, which is why the University of Texas at Houston created the first mobile stroke unit (MSU) in 2014.

The MSU’s use has become more ubiquitous throughout the United States, each being equipped with a portable CT scanner, a mobile lab to test blood samples, access to tPA (an essential IV that breaks up blood clots) and remote access to a neuroradiologist for diagnosis. MSUs take the form of an ambulance and allow faster life-saving response time. Cleveland Clinic sees more than 3,000 stroke patients each year and is already seeing results. As the MSU’s use grows, treating strokes may soon be done entirely on-site.

For people who’ve had epileptic seizures, the NeuroPace is a promising new option. It is essentially a “neurostimulator” that sends small electric stimuli when the brain shows activity that could lead to a seizure. Indicators of an imminent seizure include intense signal intensity, huge changes in electrical activity and frequency, and so on. The neurostimulator is placed just under the scalp, but this surgery seems fairly easy to tolerate, according to a testimonial from Dr. Casey H. Halpern of Stanford University.

Epilepsy surgery is an inherently risky procedure for those patients whose epilepsy is resistant to drugs, while the NeuroPace constantly monitors brain activity. While not a complete cure, it definitely has shown promise in preventing epileptic seizures.