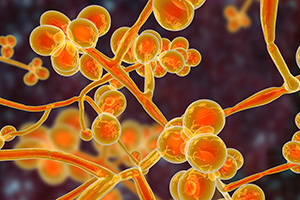 Candida auris (C. auris) is a species of fungus that grows as yeast. It causes serious infections and is the leading cause of candidemia (candida infection of the bloodstream). C. auris is multidrug-resistant and has caused serious outbreaks in several countries.  Due to its difficulty to identify and treat, C. auris has quickly become one of 2019 most concerning infectious diseases and presents a serious global health threat.

Where did it come from:

C. auris was first described as a pathogen in 2009 in Japan, when it was isolated from a patient with an ear infection. Retrospective review of Candida strain collections found that the earliest known strain of C. auris dates to 1996 in South Korea. The CDC considers C. auris an “emerging pathogen” because increasing numbers of infections have been identified in multiple countries since it was recognized.

Why is it concerning:

The C. auris fungus causes invasive infections with a high death rate (about 60%).

Per the CDC, C. auris has become increasingly concerning due to the following reasons:

What does it do:

C. auris can cause invasive candidiasis, in which the blood stream is invaded (fungemia), the central nervous system, kidneys, liver, bones, muscles, joints, spleen, or eyes.

The most common symptoms of C. auris are fever and chills that do not improve after antibiotic treatment for a suspected bacterial infection.

How many has it affected:

More than 1 in 3 patients with invasive C. auris infections have died.

As of 12/31/18, there have been 520 confirmed and 31 probable clinical C. auris cases reported. An additional 975 patients have been found to be colonized with C. auris by targeted screening in six states with clinical cases, per the CDC. 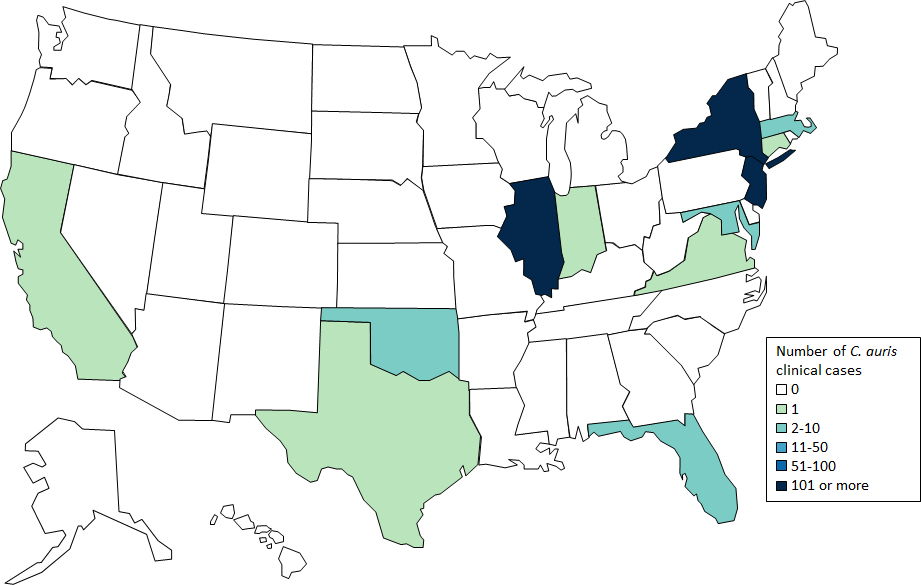 How do you get it:

The majority of C. auris cases were acquired in hospitals by patients with weakened immune systems. It can spread in hospitals and nursing homes thru contact with affected patients and contaminated surfaces and equipment. C. auris can live on surfaces for several weeks.

How do you prevent or treat it:

Per the CDC, “most C. auris infections are treatable with a class of antifungal drugs called echinocandins”. However, some strands are resistant to the three major classes of antifungals. Therefore, for those resistant strains, treatment options are limited.

Curren actions to decrease the spread of infection:

Proper identification and early detection of C. auris are essential for containing its spread in healthcare facilities.

In December of 2018, the Council for State and Territorial Epidemiologists (CSTE) issued  guidance to laboratories and healthcare facilities stating:

The CDC is encouraging all U.S. laboratories that positively identify C. auris, to notify their state or local public health authorities and the CDC at candidaauris@cdc.gov. They are working closely with public health and healthcare partners to prevent and respond to C. auris infections. The CDC-sponsored Antibiotic Resistance Laboratory Network (ARLN) is also currently helping to improve detection and response to C. auris nationwide.

Scientist are still learning about C. auris. The mystery of how C.auris suddenly started appeared in many regions of the world, all at the same time, has scientist working hard to unravel this mystery. Therefore, the CDC has increased its education to the public and health care professionals, starting with:

With so many questions still lingering about C. auris, it is most commonly thought to be spread thu healthcare settings via contact with contaminated environmental surfaces or equipment, or from person to person. Therefore, an increased emphasis on hand hygiene by using alcohol-based hand sanitizers or wearing gloves, is being stressed. Additionally, infection control practices for contaminated environmental surfaces or equipment should be followed.

Thru proper identification, public awareness and the use of infection control practices, the spread of Candida Auris can be properly contained.