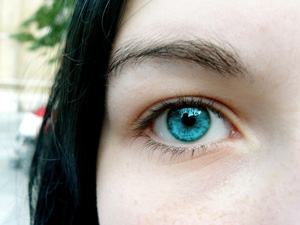 Coffee has a compound that could lower the damage to your eyesight and prevent blindness often caused by aging, glaucoma, and diabetes, according to a study.

Raw coffee contains 1% caffeine, but it has 7% to 9% chlorogenic acid (CLA), which is a strong antioxidant. When tested on mice, it lowers the effect of retinal degeneration. This is based on a study published in the Journal of Agricultural and Food Chemistry.

The retina requires a high level of oxygen, which puts it at risk of experiencing oxidative stress. If it does not get enough oxygen, it will be exposed to free radicals, which could cause blindness.

During the research, which was funded by The Korea Institute of Science and Technology, the mice were exposed to nitric oxide, which led them to experience free radicals and oxidative stress. Eventually, the mice showed signs of retinal degeneration. However, those which were treated with CLA before they were treated with nitric oxide showed no signs of retinal damage at all.

The research broadens the understanding the effects of natural foods have on health, according to Chang Y. Lee, the senior author and a professor of food science. Its lead author was Holim Jang, one of Lee’s lab students. Lee has been collaborating with Sang Hoon Jung, a Functional Food Center researcher at the study’s sponsor university. Lee said that given how coffee is probably the most well-known drink in the world, it would be better if people know what its benefits are.

According to previous researches, coffee is established to lower the risk of getting chronic diseases such as prostate cancer, Parkinson’s disease, Alzheimer’s, diabetes, and age-related cognitive conditions.

Researchers already know the fact that CLA goes straight to the human digestive system, along with its metabolites. To further develop this research, a study should be conducted on whether the CLA from coffee crosses the blood-retinal barrier. If this is tested and proven true, doctors may safely recommend brewing coffee to help retain one’s eyesight. If CLA is proven effective, then it could be developed into eye drops.

You can learn more about coffee and its benefits in the links below.