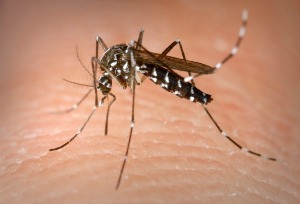 The list of neurological threats related to Zika appears to be growing after a recent study concluded that the mosquito-born illness can cause a new autoimmune disease that attacks the brain and the spinal cord.

The condition is Acute Disseminated Encephalomyelitis (ADEM), and it shares certain similarities with multiple sclerosis.

The study, led by Dr. Maria Lucia Brito Ferreira at Restoration Hospital in Recife, Brazil, had 151 patients who visited the hospital from December 2014 to June 2015.

All of these patients were infected with arboviruses, which is the family of viruses that include Zika, Dengue and Chikungunya. Six of those patients had Zika and developed symptoms consistent with autoimmune disorders. These six patients suffered from fevers and rashes, both of which are Zika related symptoms. Some patients also suffered from joint pain and red eyes. Within 15 days, the patients began to experience neurological symptoms such as weakness of the extremities, headaches and numbness.

Two of the six were diagnosed with ADEM. The ADEM patients had lesions in the brain’s white matter.

ADEM causes the immune system to attack the central nervous system’s myelin sheaths, which envelop the nerve fibers around the brain and spinal cord. This can lead to severe inflammation reminiscent of multiple sclerosis (MS). The difference between MS and ADEM is MS can relapse or remit, but ADEM generally just happen once and the patient should be able to recover after about six months.

Four out of the six patients in the study had Guillain-Barre syndrome (GBS), another autoimmune disease studies link to the Zika virus. GBS can lead to temporary paralysis that lead patients to rely on respirators for breathing.

When researchers followed up with the patients in the study after they were discharged from the hospital, nearly all of them continued to suffer from central nervous system issues. Five lost motor function, one had vision problems and another had memory and cognitive function complications.

Another condition the World Health Organization (WHO) continues to connect Zika is microcephaly. This causes infants to be born with abnormally small skull and incomplete brain development.

Over 4,000 infants in Brazil were born with microcephaly since the outbreak began about a year ago.

Dr. Ferreria said more research must be done to have a better understanding on how and why the Zika virus has strong ties with autoimmune conditions of the central nervous system.

With that in mind, she said that the research doesn’t mean that all people infected with Zika will suffer from brain problems.

“Of those who have nervous system problems, most do not have brain symptoms,...However, our study may shed light on possible lingering effects the virus may be associated with in the brain," Dr. Ferreria said.