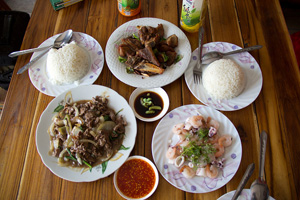 Putting your meals of the day into two large meals instead of six smaller ones will give you the same amount of calories while controlling your blood sugar levels and weight among patients with type 2 diabetes.

This is according to a recent study in the Czech Republic, which was published in Diabetologia, the official journal of the European Association for the Study of Diabetes.

The research consisted of 54 patients, 25 women and 29 men. They were under medication for diabetes. Many of them were between 30 and 70 years old. They were distributed into two groups of 27 members each. Each group had to follow one of the two diets with limited caloric content for 12 weeks. After such period has passed, the group switched to the second diet and continued it for 12 weeks.

The diets were 500 calories less than the recommended daily intake. One diet consisted of six meals – breakfast, small snack, lunch, small snack, dinner, and small snack. The other diet consisted of two large meals – a breakfast prepared in between 6 and 10am, and lunch setup between noon and 4pm. The second diet is also in support of an ancient saying “Eat breakfast like a king, lunch like a prince, dinner like a pauper.

Both diets contain the same nutrients and calories.

Based on the study, the group that ate two large meals lost more weight as its people lost 8.2 pounds, while those in the other team only lost 5 pounds.

It was also observed that the subjects showed lower sugar levels, especially for people with two large meals.

The researchers did not notice any side effects after subjecting both groups to any of the two diets.

According to the authors, their research may have shown the opposite of what everyone thinks – eat small meals frequently.

More studies have yet to be conducted to regarding diabetes and how it can be solved or remedied.

However, you can also reduce your risk of having type 2 diabetes if you eat a balanced diet, ensure a healthy weight at all times, and engage in regular physical activity.

You can learn more about type 2 diabetes in the links below.