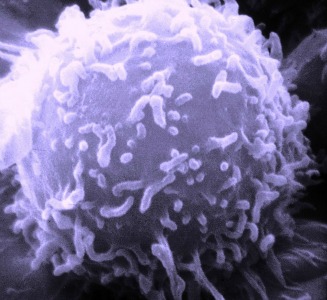 Cancer can be a devastating, fatal disease, but early detection improves a patient’s chances of successfully treating and beating the illness.

A new test developed in Amsterdam is not only able to detect cancer in the body at any stage, but determine what kind of cancer it is and what part of the body it came from, all by using a tiny drop of blood.

This would simplify the process of testing for cancer, which typically includes self examinations, traditional examinations, biopsies, urine tests and doctor-ordered blood tests.

In a recent study published in the Cancer Cell journal, Dutch researchers at the Cancer Center Amsterdam of VU had 1,000 participants with varying forms of cancer participate in the research. The researchers created a method of testing using small blood samples that identify cancer in the body with 96 percent accuracy.

The blood test can also provide information regarding where the cancer has spread to in the body, and in cases of advanced cancer, where a tumor is in the body.

"Patients whose disease is detected at an early stage of the tumor have a much better prognosis. The survival rate thus increased slightly."said professor Tom Würdinger, research leader at the CCA.

Some cancers, such as intestinal cancer, were easier to detect with the blood test, while cancers like brain cancer were harder to find.

However, the study claims this new blood testing method is still better than all previous brain cancer detection methods up until this point.

The test may be ready for the marketplace as soon as 2020, which could provide a significant amount of the population with a greater chance of early cancer detection.

You can find the original study in the Cancer Cell Journal, but you will have to pay a subscription fee for complete access. http://www.cell.com/cancer-cell/home

The press release from the cancer center is available here (which is written in Dutch). http://www.vumc.nl/onderzoek/nieuws/druppel-bloed-kanker/

If you’re interested in reading it and you don’t understand Dutch, Google Translate is a free tool that should be helpful.