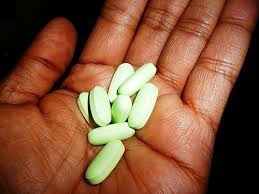 As antibiotic resistance continues to become a growing problem for public health, new research finds that that may be a taller task than health officials originally thought.

A recent study found that as much as 30 percent of all antibiotics were prescribed unnecessarily in physician offices and clinics.

It was discovered that  patients were are often prescribed antibiotics for mild health issues in cases where it was clearly unnecessary.

For example, some patients were prescribed antibiotics for the common cold, which is a virus that can be treated differently.

More than 184,000 patient visits to doctors and clinics in 2010 and 2011 were reviewed for the study. It was determined that for  506 prescriptions written for every 1,000 people, 353 were appropriate. In sum, that's an estimated 47 million prescriptions each year that are unnecessarily prescribed.

However, the reason, in part, for this is attributed to physicians feeling that patients expect to receive antibiotics.

The findings published today in the Journal of the American Medical Association, comes at a time of heightened concern surrounding antibiotic resistance.

More than 2 million illnesses and 23,000 deaths annually have been attributed to this issue, according to the US Centers for Disease Control and Prevention.

The study indicates that prescribing antibiotics would need to decrease by 15 percent to meet the White House's goal to reduce unneccessary antibiotic use in half by 2020.

The White House is also pushing for hospitals to reduce inappropriate prescriptions by 20 percent.

Researchers also sliced the data for some ailments in order to examine differences in age groups and found 6 million prescriptions are written unnecessarily for sinus infections each year. The study did not examine antibiotic pricing and the effect on health care costs, but there are several studies of hospitals that restricted antibiotic use, demonstrating not only reduced resistance and improved patient outcomes but also lowered health care costs.