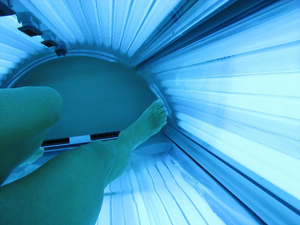 In 2014 alone, there is an estimated 76,100 new melanoma cases, the most lethal form of skin cancer. People who are exposed to UV light emitted by the tanning beds and the sun, it is often recommended to wear sunscreen to protect the skin. However, sunscreen is no longer able to prevent melanoma, according to the journal Nature.

With the increasing cases of melanoma in the US, public health campaigns were launched promoting the use of sunscreen or anything that covers the skin from the sun.

However, it was found out that UV light destroys damage-preventing genes, despite being covered with sunscreen.

A study was conducted on two-month old mice with a higher risk of experiencing melanoma due to their abnormal BRAF gene. They are exposed to the UV light without any protection on their skin. The team found out that the UV light exposure caused abnormalities in p53, which is a gene that is supposed to protect DNA from UV radiation.

After sunscreen was applied on the mice, the team minimizes the damage from UV radiation, reducing the spread of melanoma.

However, the team also discovered that sunscreen does not completely prevent the damaging effects of UV light on the p53 gene.

According to Cancer Research UK, sunscreen can protect the skin, as long as it is applied properly. However, it is a common mistake among people to think that once they put it on, they can stay longer under the sun. This further increases exposure and damage from the UV light.

This means that people should not abuse the use of sunscreen by relying on it solely for protection. It is important for people to be careful about getting sunburned, which exponentially increases your chances for developing skin cancer.

Aside from applying lots of sunscreen that is at least SPF30, the National Council on Skin Cancer Prevention also recommends wearing clothes that protect your skin from the sun or finding a shade when the sun is shining so bright.

You can learn more about sunscreen and melanoma in the links below: