All Painkillers Aren’t Created Equal: When to use Tylenol vs. Advil - NY Requirements Blog

All Painkillers Aren’t Created Equal: When to use Tylenol vs. Advil
Posted by Kristal Roberts 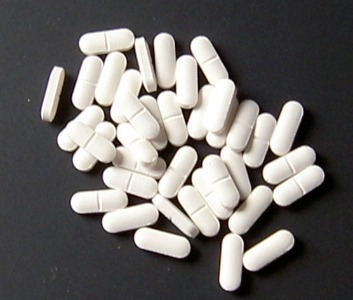 If you think Tylenol, Advil and all the other over-the-counter painkillers are one and the same, you couldn’t be more wrong, according to a recent report from the Wall Street Journal.

While they’re all generally used for different types of discomfort in the body, certain brands work best for particular ailments, based on their active ingredients.

For example, if you have a headache,Tylenol and other brands with acetaminophen are considered your best bets, because it has less side effects.

If you’re suffering from an injury or tough pain like arthritis, menstrual cramps or a toothache, Advil and other medications with ibuprofen as the active ingredient are the better options, thanks to ibuprofen’s anti-inflammatory properties.

How Do They Work?

The medical community doesn’t have all the answers regarding the impact of acetaminophen on the body, but experts believe the drug blocks pain receptors in the brain. Ibuprofen and other meds in the NSAIDs (nonsteroidal anti-inflammatory drug) family differ in that they work in various parts of the body by inhibiting the production of prostaglandins.

Prostaglandins are chemicals released by injured cells that triggers inflammation and pain---just think of what’s happening between the moment someone gets punched in the mouth until the moment their lips begin to swell.

Side Effects and Preventative Measures

These medications are used by millions of Americans and generally deemed safe, although they can actually cause some serious damage if taken incorrectly.

Both acetaminophen and ibuprofen can often accomplish pain alleviation or fever reduction, but NSAIDs tend to have the performance edge while posing the greatest safety risk.

However, prolonged use of ibuprofen/NSAIDs can result in high blood pressure, cardiovascular disease, a decrease in kidney function, stomach discomfort, internal bleeding and a number of other issues.

Elderly people with chronic conditions are advised to avoid NSAIDs. Pregnant women and babies are 6 months are also advised against using NSAIDs because of its connection to Reye’s Disease---the swelling of a baby’s brain and liver.

People with liver conditions or histories of alcohol abuse shouldn’t take acetaminophen as it’s the leading cause of acute liver failure. In addition to liver damage, and one study from Ohio State University found it can also blunt emotional response.

People who take aspirin daily as a blood thinner to prevent cardiovascular disease or stroke are advised to take acetaminophen instead of ibuprofen to avoid interference with aspirin’s preventive effects.

For those who have to take analgesics frequently, the potential side effects can be minimized by alternating between acetaminophen and ibuprofen.

It is recommended to drink four ounces of water with any pain killer.

Overall, there are a ton of factors to consider when choosing a painkiller, medical history and the condition of the consumer’s body.

For more detail on how to choose the best painkiller, see the Wall Street Journal’s report: http://www.wsj.com/articles/advil-vs-tylenol-which-to-use-and-when-1431364490