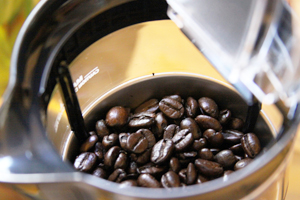 Caffeine has long established to have health benefits. However, a new study has shown that it may improve long-term memory when consumed after studying.

This is based on a paper published in the journal Nature Neuroscience. The study was led by Daniel Borota from Baltimore’s John Hopkins University. He considered how previous research has looked into caffeine as a cognitive booster, but not its effects on long-term memory.

The team studied 160 participants who are 18 to 30 years old. They were all shown photos to be classified as indoor or outdoor. Half of the subjects were administered a caffeine pill after they are asked to classify the photos, while the other half were given a placebo. The next day, they were shown the same photos and some new ones. They were asked which photos were old, new, or similar to the ones shown before.

Although both groups were able to identify new photos from the old ones, the group that was given caffeine pills knew which photos were first shown to them.

The researchers also found out that caffeine did not help when given an hour before the picture identification test.

The study may not have determined just how caffeine was able to impact memory, but they think that it could change the memory-making hormones. It could be because caffeine can block adenosine, in turn, allowing the norepinephrine, a hormone that positively affects the memory, to work.

But there are also risks that come with caffeine consumption. Although caffeine may lower the possibility of getting liver disease or getting suicidal, it may disrupt sleep after consumption or alter heart function, according to some studies.

You may learn more about caffeine in the links below.