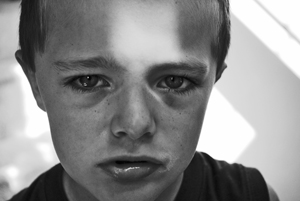 The neglect and abuse of children have a lasting effect on their health, according to a new study.

Children who are wrongly treated may develop long-term hormone issues that increase the possibility of diabetes, obesity and other health issues well into adulthood.

A study was conducted with 95 adults, who are 35 to 65 years of age, who were victims of childhood abuse and neglect emotionally, physically, and sexually. Their weight-regulating hormones were monitored. During the study, the subjects were classified into groups depending on the level of suffering that they endured.

The study was focused on examining leptin, which regulates the appetite and fat levels, adinopectin, which relieves inflammation, and irisin, which is responsible for energy metabolism.

The most severely abused and neglected children showed more irisin and leptin but lesser adinopectin. All these hormone irregularities may lead to obesity.

After taking into account the differences brought about by exercise, diet, and other lifestyle factors among the adult subjects, the study still showed that high levels of irisin and leptin are still the result of abuse and neglect in children.

The study will be published in the Journal of Clinical Endocrinology & Metabolism in June.

The findings showed just how the victims of childhood abuse are more vulnerable to developing health problems starting with belly fat.

The stress among children is linked to higher cholesterol, metabolic syndrome, cardiovascular disease, and other physical problems. It largely affects the endocrine system, hence the abdominal obesity that may affect the children’s lives even after they grow into adults.

Knowing how the abuse and lack of affection from the parents work in causing various health problems might help stage better interventions that can protect the victims from experiencing heart and abdominal obesity in adulthood.

But the study was only able to establish the link between childhood abuse and neglect to that of the changes in hormone levels. It is still unclear how this happened, an area which would require more research to explore the cause and effect of this relationship.

Looking to educate yourself further about child abuse? Get your Approved NYS Child Abuse New York Mandated certificate online with us now! Click here to Get Started.

You may learn more about childhood abuse in the links below.