Hepatitis C, Why Baby Boomers Should Be Concerned
Posted by Sandy Thompson 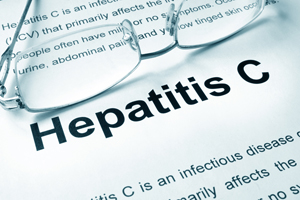 Baby boomers are individuals born between 1945 and 1965 and currently the largest living adult generation. Based on the 2016 U.S. population ranking by age, there are approximately 74.1 million baby boomers in the United States and they have the highest incidences of hepatitis C infections.

With such a large population, combined with previous unsafe medical procedures, baby boomers are 5 times more likely to have hepatitis C than any other adult. Out of the more than three million people living with hepatitis C, three out of every four are baby boomers.

According to the CDC, most baby boomers were infected in the 1960s through the 1980s due to contact with blood from an infected person, medical equipment and procedures prior to universal precautions and infection control procedures being adopted. Additionally, baby boomers were exposed to contaminated blood supplies before widespread screening in 1992. In fact, hepatitis C was not discovered until 1989 and blood donations were not screened for hepatitis C until 1992. This has lead to 1 in 30 baby boomers contracting the hepatitis C virus and the majority of them, do not even know they have it!

Health officials at Mayo Clinic recommend that anyone at high risk of exposure to the hepatitis C virus get tested for the infection. People who may want to talk to their doctors about screening include:

What is Hepatitis C and how do you get it?

Currently, there are no vaccines available for the hepatitis C virus.

If left untreated, hepatitis C can cause serious liver problems including liver damage, liver disease (cirrhosis), liver failure, liver cancer, need for liver transplant or death. As stated by the CDC, “most people who get infected develop a chronic, or long-term, infection. Over time, chronic hepatitis C can cause serious health problems. In fact, hepatitis C is a leading cause of liver cancer and the leading cause of liver transplants.” Each year, more people die from hepatitis C than from HIV.

Majority of patients who begin to show the signs of the hepatitis C virus (HCV) are in the chronic classification since hepatitis C is usually a “silent” infection for many years, with sometimes un-noticeable symptoms including jaundice, fatigue, nausea, fever and muscle aches. These acute symptoms appear one to three months after exposure to the virus and can last two weeks to three months. Not until the virus causes serious liver damage, are symptoms usually notable. As noted by Mayo Clinic, chronic hepatitis C symptoms are:

Some patients with the acute hepatitis C virus never develop chronic hepatitis C. Their bodies may clear the virus from their systems (known as spontaneous viral clearance) or with the use of antiviral therapy, they can avoid long-term extensive liver damage.

Normally, it can take from a few days to a few weeks to receive the hepatitis C antibody test results, but with the new “Rapid Antibody Test”, that are available in some settings, the results can be obtained more quickly, per the CDC.

If liver damage is suspected, additional testing will be needed to determine the extent of the damage. With the “Magnetic resonance elastography” (MRE), a noninvasive liver biopsy is performed. By combining magnetic resonance imaging with sound wave patterns, bouncing off the liver, radiologists are able to create a visual map showing the gradients of stiffness throughout the liver. If the liver is found to be stiff, then the presence of fibrosis, or scarring of the liver, are indicated. The presence of fibrosis is an indicator of chronic hepatitis C. Another noninvasive test is “Transient elastography”, which is a type of ultrasound that transmits vibrations into the liver and by measuring the speed of their dispersal rate through the liver tissue, they can determine the livers stiffness. Finally, there is the “Liver biopsy”, which is typically done using ultrasound guidance, it involves inserting a thin needle through the abdominal wall and removing a small sample of the liver tissue, which is then sent to the laboratory for testing.

Hepatitis C, if found before extensive damage occurs, can be cured. The current success rate is 95%. You are considered cured when a lab test done three months after you’ve completed treatment, does not find any of the hepatitis C virus in your blood. But as noted by the CDC, “not everyone needs or can benefit from treatment. It is important to be checked by a doctor experienced in treating chronic hepatitis C. He or she can determine the most appropriate medical care. Decisions about starting treatment are based on many factors, such as the type of virus, the condition of the liver, and other health conditions.”

As stated by Jeffrey S. Murray, M.D., an internist at the FDA who specializes in infectious disease, in a 2017 interview with the U.S. Food & Drug Administration “Hepatitis C can be cured, and today’s drug therapies are very effective and easier for patients to take”.

Treatment for the virus has advanced dramatically over the recent years. Back in 1991, Interferon (IFN) was used to boost the body’s natural defense system to fight the infection. Pegylated interferons (PED-IFN) were administered by injecting the patient under the skin, once a week. “Interferon-based injections often make patients feel ill and give them flu like symptoms”, stated Murray. Additionally, interferon treatments last six months to a year and only cures 40% to 50% of hepatitis C patients.

In 1998 Ribavirin (RBV) was incorporated as a standard hepatitis C treatment since it is used to fight certain viruses. But since RBV does not directly work against the hepatitis C virus, additional medical advancements were needed.

In 2011, Direct-acting antivirals (DAAs) were introduced. DAAs “have greatly improved cure rates and don’t have the harsh side effects of previous medications” as stated by Hep C Hope. Additionally, DAAs are taken orally, and combined with multiple (all-oral) drugs from multiple classes, the reduction in using injection type treatments, eases the process for the patient and increases the timeframe of being cured.

As of 2018, there are nine approved treatment options for hepatitis C as presented by Hepatitis Central in their “Hepatitis C Drug News for 2018” article: