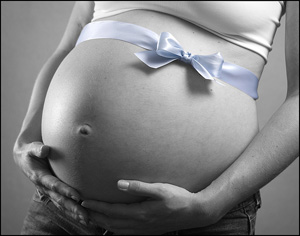 It is quite a common misconception that pregnant women should not move a lot, no intense walking, running, or jumping. However, Linda May, an exercise physiologist for expectant women, said that staying active while pregnant can actually be beneficial. Some exercise can actually help reduce risk of high blood pressure caused by pregnancy and gestational diabetes compared to women who do not exercise.

May and her fellow researchers also found out that exercising with a baby on board will also benefit the fetus inside of her for the long haul.

Years ago, pregnancy was considered as a time for the expectant mom to rest for their safety and that of their baby. It was only in 1985 when the American Congress of Obstetricians and Gynecologists established some conservative exercise guidelines, including limiting strenuous activities to at most 15 minutes.

Now, studies have shown that exercise is now beneficial for the health of a pregnant mom and her baby. Researchers are now zeroing in on how staying active will affect the baby’s health while in the womb and once he or she is outside of it.

People who exercise usually have lower resting heart rates, which indicates a healthy cardiovascular system and is a good general indicator of overall health. On the other hand, high heart rates typically means the patient is at higher risk of developing cardiovascular disease.

May conducted research in 2010, observing 26 pregnant women who were exercising three times a week, with each session at least 30 minutes long. During their 36th week, they found out that even the babies in the womb had lower heart rates compared to those whose moms did not exercise.

Even those moms who were not able to exercise before getting pregnant still enjoyed the same benefits of exercising during the pregnancy.

These heart benefits may also benefit the child in his or her early life. According to May’s research, even six-year old children who’s mothers had exercised while they were still in the womb had higher ejection fractions. This meant that their heart is operating efficiently.

Regular aerobic exercise is known to improve the system that controls heart function. May says “Improved heart control function is evidence of a healthy cardiovascular system and overall health. Not only did the mothers' exercise help maintain and improve their own health, but it set their babies up for a healthier start."

You can learn more about pregnancy and exercising in the links below.