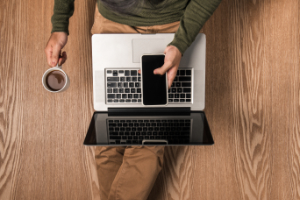 Have you ever heard of computer vision syndrome(CVS)? Although it might sound completely made up – or maybe even a conspiracy theory – it’s a real thing. Humans are constantly using smartphones, computers, tablets and other devices that have increased the strain on their vision. And because of this, CVS is also referred to as digital eye strain.

Have you ever gone from a job where you used a computer very rarely to a job where you sit in front of one for eight hours? Chances are high that you will be able to feel the difference in your vision after a period of time. The American Optometric Association (AOA) claims that the more time you spend looking at a screen, the higher chances are that you will begin to feel discomfort over time. Whether working from home or at an office, according to the AOA, the average American worker spends roughly seven hours 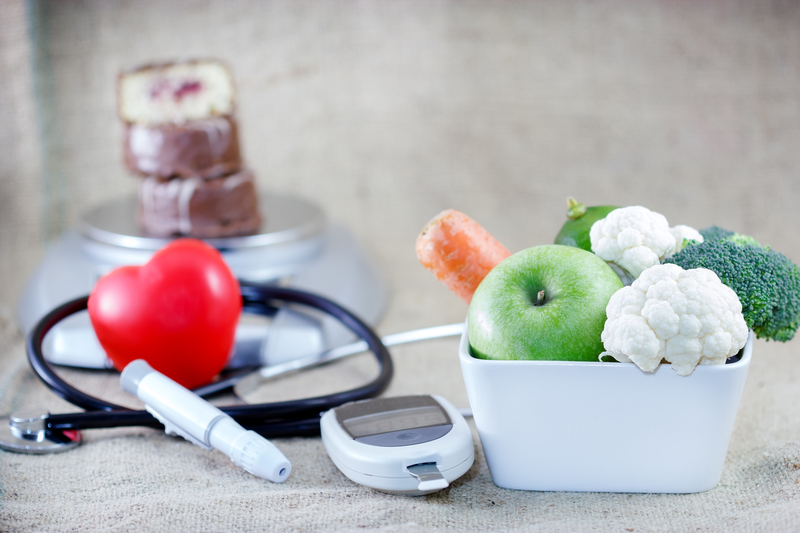 Diabetics have had to prick their fingers for years in order to monitor their blood sugar. Thanks to modern science, a prick-free future may be on the horizon in the world of diabetes.

In recent years, researchers have discovered multiple prick-free options so diabetics can have alternatives. The problem is that the pain of finger pricks discourages many people with diabetes from managing their blood sugar.

As many as 67 percent of people with diabetes may not comply with finger pricks because it is invasive and somewhat painful, according to an American Association of Pharmaceutical Scientists news release. However, tho

With an increasing number of procedures in residency, combined with decreased operating room time, more than 20 percent of medical graduates are unable to operate independently, according to an Osso VR press release.

To bridge the growing training gap among surgeons, Dr. Justin Barad and Matt Newport founded Osso VR in August 2016. The software company builds a virtual reality-based surgical training platform that allows students, and even established doctors, to get hands-on experience with new procedures.

Users can put VR headsets on and begin simulating any surgical procedure, wherever and whenever it’s convenient for them. Osso VR allows use

iPhones have changed the way people communicate, socialize and connect for the past decade. Now, iPhones are changing medicine.

The new Butterfly iQ, created by the Butterfly Network, is a small imaging device for ultrasounds that is compatible with iPhones. It speeds up the diagnosis process by putting the power of modern day medical technology right in the doctor’s pocket, so patients can get the care they need right away.

One doctor even diagnosed his own cancer

About 650,000 people receive chemotherapy in the United States every year. For many cancer patients, their diagnosis is quickly followed by the realization that they can lose their hair during treatment — but that's changing with cooling cap technology.

Doctors are preventing hair loss during chemotherapy with the DigniCap Scalp Cooling System. The tight-fitting silicone cooling cap, manufactured by Sweden-based Dignitana, connects to a control unit while a liquid coola 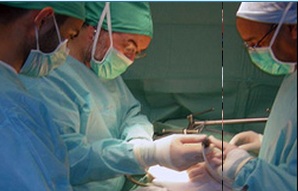 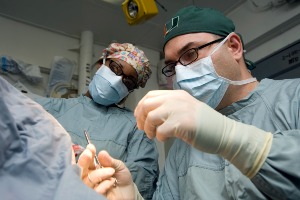 If wounds could talk, it'd look something like Smart Stitches, the creation of a team of scientists from Tufts University.

According to the research published in the Microsystems and Nanoengineering Journal, special threads are used to not only close wounds, but send information to medical staff about the healing process using small amounts of electricity in a system of sensors.

The data is based on changes regarding the health of the tissue as healing progresses, and the stitching used can be used to monitor a number of things including:

These sensors then send the data to a database accessible via computer. This information could really help change the way doctors treat patients.

For example, if a sensor communicates that the pH is too acidic deep into a wound, it usuall 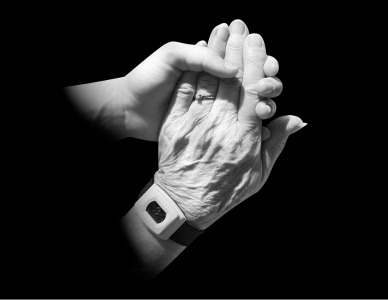 Ever felt so overwhelmed that you were at a loss for words? Most of us are able to bounce back from those moments of shock or awkwardness, but for people dealing with conditions like autism, your speech can be impeded at a time where there’s a desperate need for communication.

Busser, who studies at the University of Antwerp in Belgium, is autistic.

During emergencies, some folks have panic attacks, and some autistic people will lose the ability to speak; they simply don’t have the mental energy needed to articulate their needs. 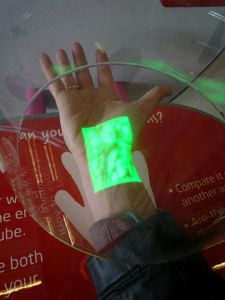 Many nurses have struggled to find a patient’s vein at one point or another.

Perhaps the vein was really small, the patient was very jittery, you may have a “difficult stick” or you may be a new nurse getting the hang of things.

Well vein finders or vein illuminators are a fairly new piece of technology taking the guess work out of taking the perfect shot to draw blood.

Vein finders work by using infrared technology to illuminate flesh and reveal the veins, which appear as darker bands because they absorb more of the infrared light.

Here’s how it works. 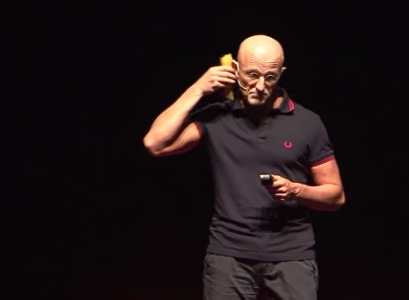 Dr. Sergio Canavero at a TEDTalk

Imagine if you’d been told your only chance at living involved severing your head off and transplanting it on to a new body.

Aside from the fact that is sounds like a story plot inspired from the 90’s sci-fi movie Face Off, could you do it?

One Russian man has volunteered to do so, and to quote the famous star trek line, “He is boldly going where no man (or woman) has ever gone before.”

Valery Spiridonov is a 30-year-old computer scientist who suffers from Werding-Hoffman disease, a terminal condition that destroys muscle.

Spiridonov, who lives 120 miles east of Moscow, has been struggling with this disease since birth.

In an exclusive interview with the Daily Mail, he said his condition gets worse each year. He has lost control of his body, only has one leg and is confined to a wheelchair, but he is fortunate in that he has lived to age 30--- most Werding-Hoffman sufferers don’t live past 20. 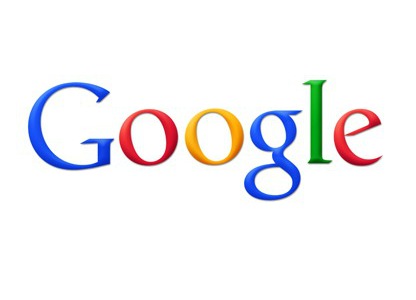 Today, he’s in snuffed out a number of seminal “life science” startu 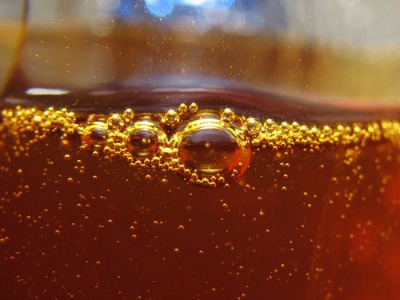 Aside from being delicious, honey fresh from the comb has a ton of benefits, buts not the easiest thing to harvest, and buying quality, organic honey can be downright expensive.

The typical process of extracting honey involves a tedious protocol that includes smoking off bees, examining combs, removing frames, uncapping frames and straining dead bees, wax and other particles out of the honey.

That’s why a revolutionary beehive design created by father-son duo Stuart and Cedar Anderson is expected to set the beekeeping industry ablaze with one of those inventions that makes you ask, “Why didn’t anyone think of this before?”

It’s called the Flow Hive, and while the inventors were only hoping to raise $70,000 to expand their business, they raised $2.2 million in the first 24 hours.

After a longstanding illness caused Michael Balzer to lose his job, by 2013, his health improved for the better and he developed an independent 3d graphics career.

He was also working with his wife, Pamela Scott, on treating video game addicts.  Scott's a psychotherapist,

In August of 2013, Scott began having migraines, and an MRI revealed that she had a tumor behind her left eye.

It was horrifying to the couple, but the neurologist brushed it off saying it wasn’t a big deal, and that’s when Balzer took matters into his own hands.

He requested the DICOM files (standard digital format used for medical data) from his wife’s MRI results.  He then sent them to other neurologists around the country, and they mostly all of them agreed it needed to be operated on immediately.

To make matters worse, another MRI done a few months later revealed that the tumor grew in size. 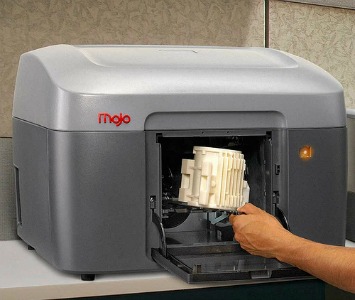 Image courtesy of IntelFreePress via Flickr.com

Imagine if creating a solid, three dimensional prototype for anything you wanted was as simple as clicking “Print” from a computer. Well in this day and age, it is more or less that simple, thanks to a rapidly progressive technology called 3D Printing.

You can create a model of just about anything:

How 3D Printing Is Changing Lives

Take for instance the case of Hu Wei, a 46-year old from Beijing, China.

He was working on a construction project when he fell three stories into a pile of wood. A beam struck him in the head, leaving him with a large portion of his skull caved 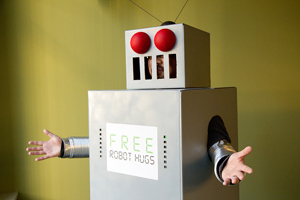 Keeping Your Skin Healthy in the Summer
The Fastest-Spreading Viruses in World History
How Animals Spread Diseases
Which Transmissible Diseases are the Biggest Health Burden in Every Country?
Natural Ways to Help Boost the Immune System